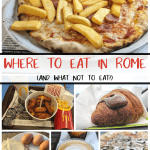 When traveling to Rome, you might be thinking, “Ohhh, this is Italy, the food is going to be stellar!” Not so fast, it’s nothing like the Italian food you run across on TV or movies. Most of the food you’re used to calling Italian in the US is far from actual Italian food. Let’s talk about where to eat in Rome, and what you can expect to find when you’re there. You can find a LOT of crappy food in Rome, and we found most of it. Keep reading to keep from making the same mistakes we did. 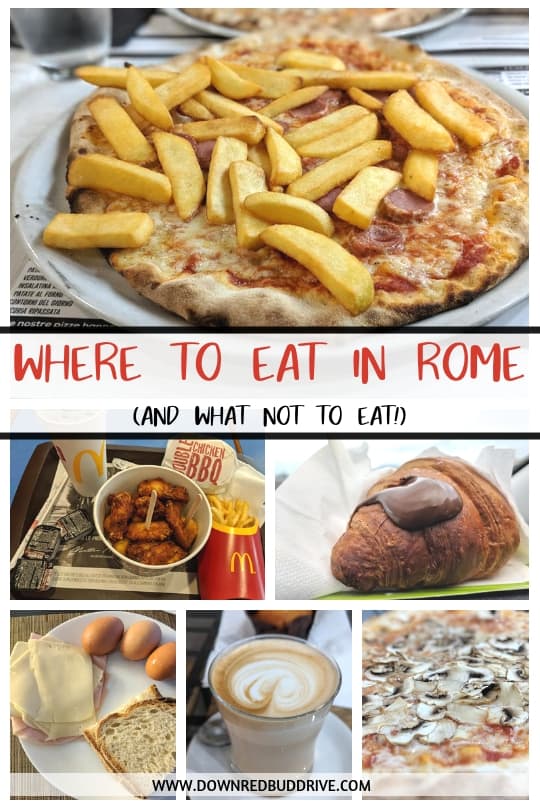 Where to Eat in Rome

So, cheap fast food can be pretty crappy in the United States. However, in Rome, it was the worst of the worst. One night, we realized it was after ten and absolutely nothing was open. We were starving and finally found a little 24-hour food shop. It had kabob in the name, so we thought, “This sounds cool.” It wasn’t…it wasn’t cool at all. In fact, that was one of the hardest bites of food I’ve ever attempted to swallow. I was just SO hungry. However, hungry or not, we ate very little of the food it was so bad. Lesson learned—cheap food is a bad idea. This is less of a where to eat in Rome and more of a where not to eat in Rome, but it was worth mentioning.

Most locals will be happy to tell you their favorite places to eat. If you’re not comfortable asking, or don’t know much Italian, go to Google and check reviews. This will be your best bet.

Pizza is All the Same

Just about the only thing readily available around us was pizza. When learning where to eat in Rome, you’ll find their pizza is much different than what we were used to in the states. Every place that sold pizza had the same exact crust. You know how each person has their pizza preference because the crusts, flavors, and quality usually differ? Yeah, not in Rome. No matter how much you paid for it, you were getting the same exact pizza no matter where you went. The crust is big and poofy on the outer edge but pretty thin when the toppings start. The sauce is very thin but, it’s definitely the tastiest part of the pizza. The crust has very little flavor. The main tip you should know is that the locals will tell you just how simple they like their food. This means, if you ask for olives on your pizza, you’ll get about three or four olives, thrown in the middle, with the pit in. You’ve been warned.

SEE EVERYTHING YOU NEED TO KNOW BEFORE YOU TO GO TO ROME HERE!

Those Terms Don’t Mean What You Think They Do 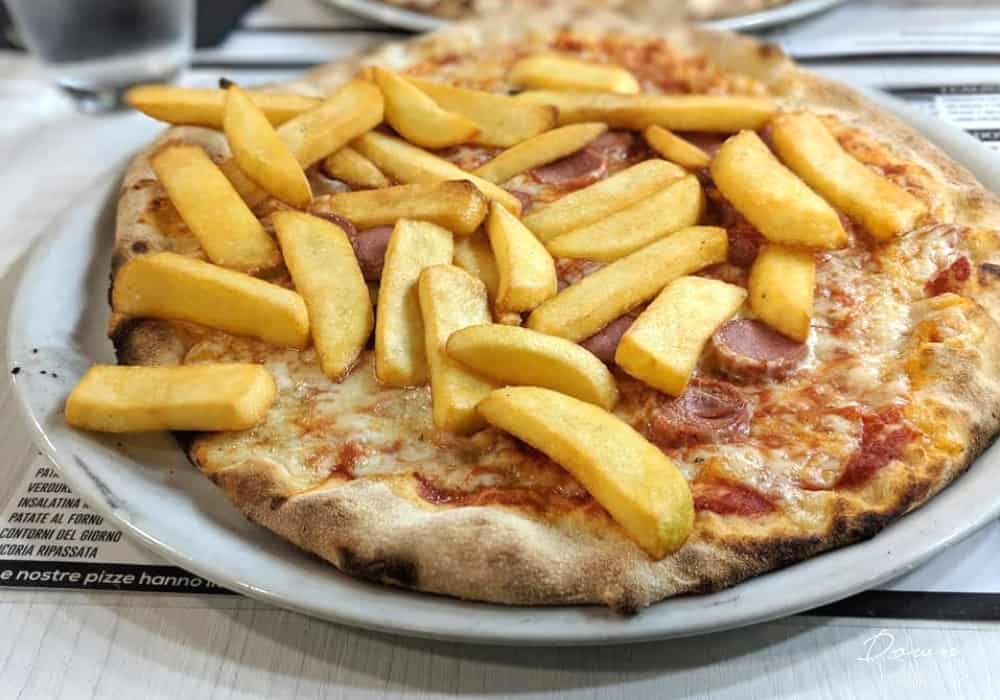 Be careful ordering a pepperoni pizza. You won’t get little circles of pork, you’ll be served a pizza with peppers on it. Some other food terms we quickly learned were latte (milk), café latte (the coffee latte we’re used to in the states), buffalo (not a flavoring but either real buffalo meat or something like cheese that’s made out of buffalo milk). If you read the comprehensive Rome post that covers everything about traveling in Rome, you’ll recall this anecdote: We ate a lot of pizza, we also learned that their New York style pizza is not what we expected. We were served a pizza with French fries and Vienna sausages all over it.

Learn some basic menu Italian before you go, or use the Google Translate app and the camera function to translate menus when you’re not sure. 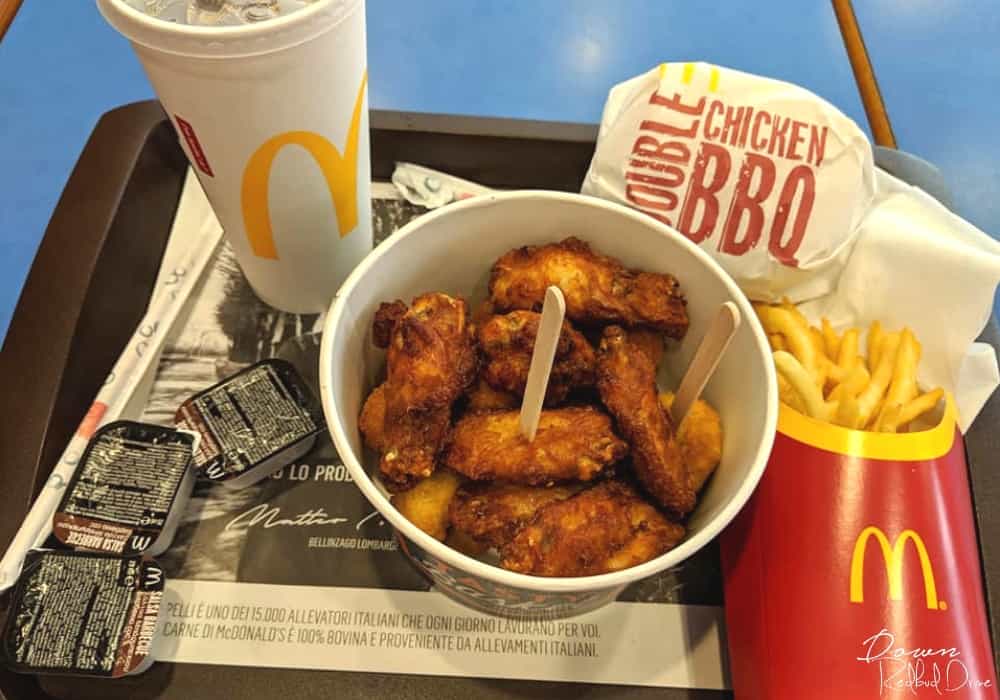 Fast food isn’t as readily available as it is in the states, however, you’ll definitely run into it. I was never happier to see a McDonald’s in my entire life. You’ll quickly realize that fast food isn’t the same as it is here. Everything is much healthier, so the options they offer are rarely anything like the options we are used to. However, it was honestly some of the best food we had while we were there. Arguably, their fast food is tastier than any other fast food I’ve ever had.

Restaurants You Should Experience

Not all the food in Rome is bad, you just have to know where to look. Roscioli is a great place to eat. There’s a deli out front and it’s highly recommended. Alter Ego Pizzeria is also awesome. If you want something sweet, check out Gelateria Fatamorgana Prati for killer gelato! Outside of that, I can’t really give you a list of any places you SHOULD eat, as we had a pretty poor experience with the food overall. Turns out, the vast majority of people who visit there feel the same way. It’s Rome! It’s supposed to be amazing Italian food! But, it’s very very hard to find good food in Rome.

No GMO or Fake Sugar

No matter where you shop, get food, or even drinks, you won’t find any fake sugars or GMOs. The flavor of fruits and vegetables may surprise you because they will be the best fruits and veggies you’ve had in a long time. Their lemons were bigger than my head. 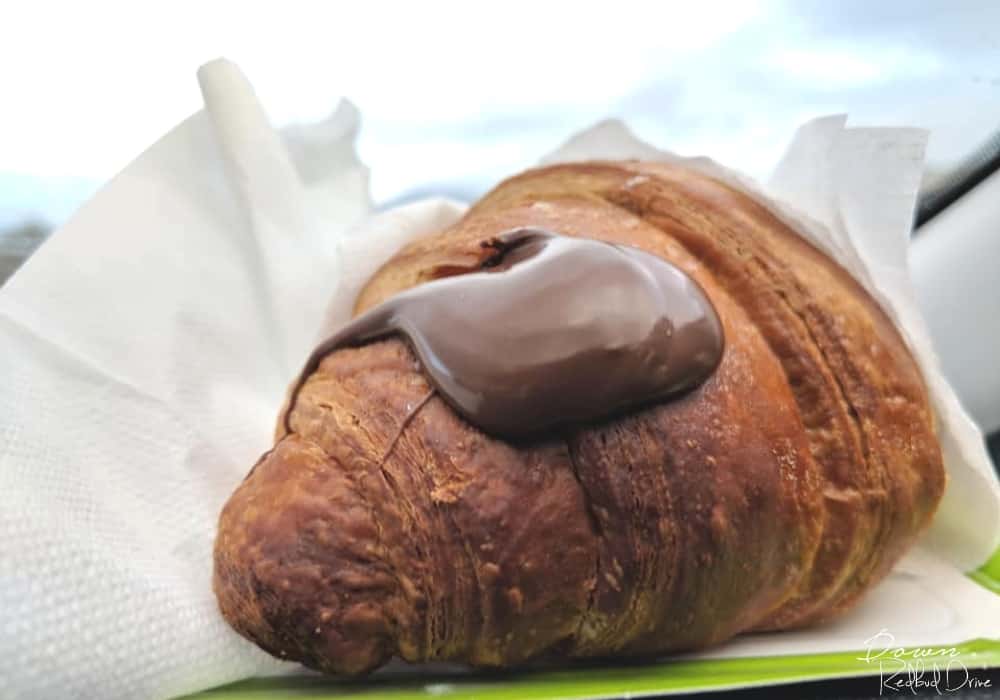 Nutella is seriously everywhere over there. It’s like a Nutella lover’s dream. I was in heaven because, basically, if anything had chocolate, it was Nutella. They have breakfast croissants that are filled with Nutella and they will change your life.

We were a little confused at first when we were asked about a takeaway. We finally figured out this means take out or to-go. If you want a doggy bag to take your leftovers, it’s referred to as a takeaway. If you want to have Chinese ordered to your door (which isn’t really a thing over there), it’s also a takeaway. 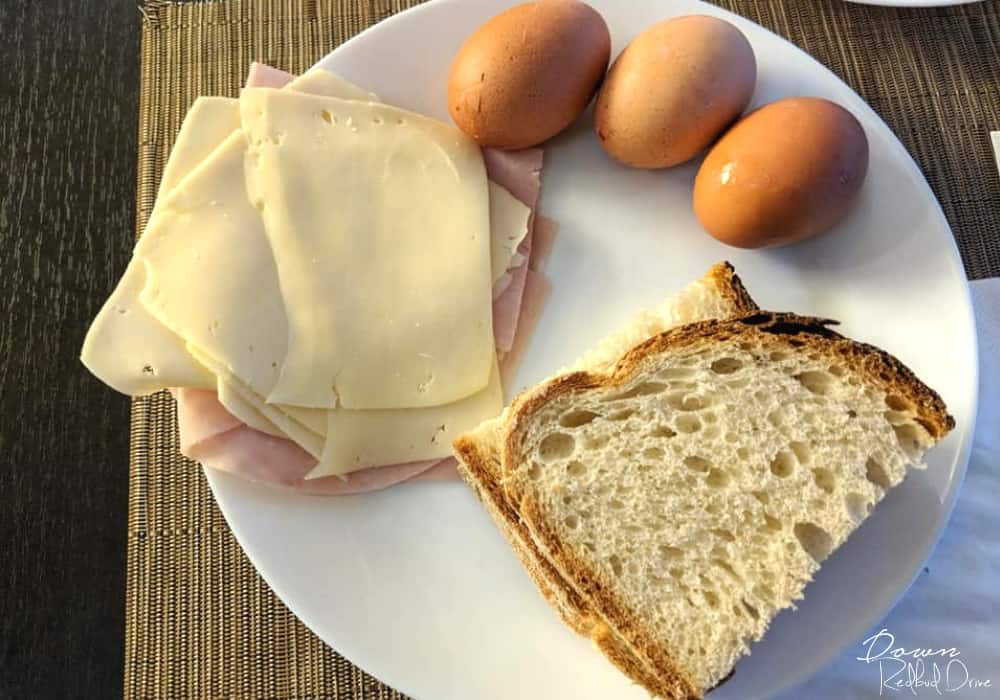 If your hotel offers free breakfast, you’ll be met with what the US considers a light breakfast. Some basic, little danishes, maybe some boiled eggs, cheese, and slices of meat. It felt mismatched to us simply because it felt more like someone attempted lunch, snack, and breakfast all at once and missed the mark on all of it. If you’re used to a big breakfast, throw that out the window, they don’t have that anywhere that we could find in Rome, even at a restaurant. This is pretty common for European countries, so if you’re going to more than just Rome, you’ll find that to be common practice.

We quickly realized nothing opens early in Rome, especially places for food. Finding where to eat in Rome wasn’t as difficult as finding when to eat in Rome! Meals are often referred to as first meal and second meal in Rome. Most places will open for first meal, which is lunch at about 1 PM. They will have specific food for lunch, or first meal, then they will close for a few hours and reopen for second meal, which is dinner. They will offer different types of food for second meal. In our experience, breakfast doesn’t really exist there and many places, except for a coffee shop or two, won’t be open or offer breakfast options.

Odds are, absolutely everything you eat will be lacking in flavor. If you’re used to eating in the US, you will be caught off guard with how bland the food can be. Although they offer some great options, they won’t taste how you’re used to them. Rome prefers to let the food do the talking for itself instead of inundating it with seasonings and marinades like we often do in the US.

These tips on where to eat in Rome were provided and written by my sister from her most recent trip there. I appreciate her sharing her first hand experiences with us so we can all be prepared for our Italian adventure, don’t you?

As an Amazon Associate I earn from qualifying purchases. 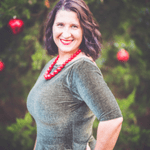 I grew up on a little farm, down a dirt road, called Redbud Drive. Who I was raised to be on that little farm has made me into who I am today, and now I want to pass what I've learned to “wing-it” through, on to you! READ MORE...